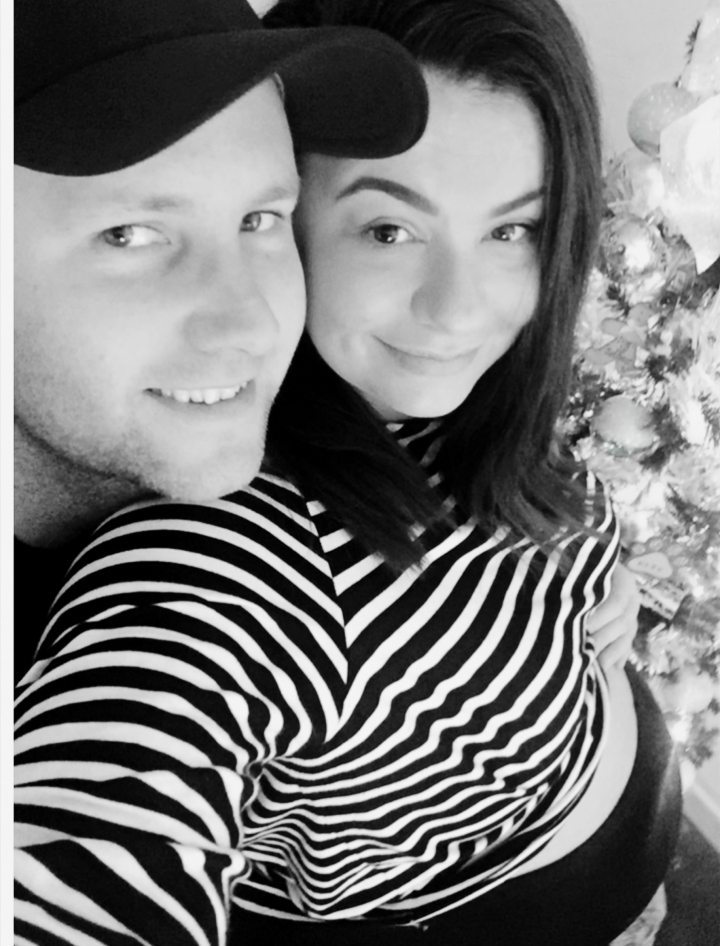 The shoulda , woulda , coulda’s when your baby dies can really be a head f*** to say the least. They never leave your mind and times you wonder if you can take much more of the regret and guilt you feel deep inside your tummy. Its always there. It never leaves and its hard to cope with.

I can’t help but go over the weeks and days leading up to Francesca’s death. How could I not have known my baby girl was in distress and needing the things I as a mother should have been able to give her. Unconditional love and protection. I was supposed to protect her from the horrors of the world and to think of anything ever possibly harming her somehow made me sick with worry. I wanted her to know only love and happiness in her little life but I couldn’t even give her that chance. She knew the horrors of the world from within my womb and I don’t know if I will ever truly be able to forgive myself for letting her down so badly.

Unbeknownst to me at the time our tragedy took its turn on Monday 5th February 2018. I woke up that morning with the usual stroke of almost 1 week over due bump and laughed to myself as I struggled to swing my legs out the side of the bed to go about my day. I walked to the bathroom, passing Francesca’s room on the way there. I couldn’t help but stop to look in at all the beautiful pink things, all ready for our baby girls arrival. I smiled excitedly and stroked her softly in my expanding bump.

I went downstairs and checked the baby calendar to see if it needed updating but who was I kidding, I knew Steven was already on the ball. He was like a big kid at Christmas, every morning racing down the stairs to change the numbers down one on the countdown to our baby girls arrival. He couldn’t wait for her to be here already. I looked over to Dakota who was waking from his deep doggy sleep and again I giggled inwardly to myself again. I remember feeling anxious as I hadn’t had much contact from my midwife those last few weeks as her clinic was too busy to book me in at the 40 week sweep appointment so she had moved it to the following week which was 3 days away and I was starting to wonder if my already extreme first time mum worries could wait that long. So I decided to phone her for a chat in the hopes that I could ask her about a few things playing on my mind. I was also starting to worry that Francesca’s movements had slowed slightly but I put it down to my imagination running away with me or that she was simply “running out of room” which I know now to be a myth. Babies movements should never slow down. If only I knew that then. I phoned her twice that day and left voicemails but with no response by the end of the working day I decided to simply try again tomorrow.

“In the UK, 9 babies are stillborn every single day.Around a third of stillbirths happen after 37 weeks, when the baby is deemed full term. There is a common misconception that stillbirths only happen in high-risk pregnancies or when there is a known problem. However, stillbirth can affect any mum at any time” (https://www.kickscount.org.uk/our-mission)

The next day I tried calling again and with still no answer I tried another number and spoke to her supervisor. I remember apologising for taking up her time by calling, I know now how crazy that is to feel like I was making a nuisance of myself. She had seemed shocked that my community midwife hadn’t returned my calls. I had started to tell her about some of my niggling concerns and as soon as she heard the words “reduced movements” she immediately asked if I could make my way to triage to be checked over. It took me aback a bit as I wasn’t expecting that but I believed everything was still going to be fine. Surely I would know if my baby was in trouble, right?. I’d also been to triage a couple of times before with some other pregnancy concerns and things had always been ok then so I was positive that if something was flagged up they would take good care of me. I would be in the best place in the safest hands. My daughter would be here any day now. So I phoned Steven to come home from work and I got my hospital bag ready just incase they decided to keep me in and off we went to triage.

We were there for maybe around 4 hours and as a precaution I was hooked up to traces to check our bumpy chops was ok. I had explained that her movements had slowed but as I was hooked up to the trace she starting moving around more than she ever had in all those months before. I knew that was out of character for her so I alerted the midwives who seemed happy to hear she was moving so again I put it to the back of my mind. At this point the 3 various midwives I had seen had become concerned that her heartbeat was erratic and the more senior midwives were asked to come in to check on me. I remember the full time apologising for being an inconvenience as I could see how busy they were and there were people sitting in that waiting room with “real problems”. By this time I was actually wincing at the forceful kicks and it was then I started to worry. This wasn’t normal and again I alerted a midwife. They arranged for the on call doctor to come in and check the trace. I waited over an hour for the on call doctor who spent all of 2 minutes if that in the room with us. He glanced at me then back to the midwife and abruptly barked something about why I was there. The midwife explained about initially being admitted for reduced movements   but that the erratic heartbeat was also now a concern. He picked the trace up and glanced at it again, seemingly uninterested. I spoke up to back what the midwife stated and also added that I was now worried about her movements as she had been frantically kicking which I had never known her to do. I also looked at him with what could be described as pleading eyes and reiterated that I was 1 week overdue and pretty damn scared by this point. He again seemed uninterested , simply asking “so you have felt movements now?”, I said yes but again and both me and Steven tried to explain our feelings that something wasn’t quite right. I felt dismissed. He glanced at the monitor and stated the erratic trace was nothing more than simply a case of the baby’s hiccups and I was to be discharged. The room fell silent. The midwife looked at us apologetically and shrugged her shoulders.

“While there isn’t one cause of stillbirth, a decrease in fetal movement can be a key warning sign that a baby is in distress and early delivery could save nearly a third of stillborn babies”  (https://www.kickscount.org.uk/our-mission)

I wanted to believe everything was ok so I decided to trust the doctor. He must know better than I did, what did I know, I was a first time mum and an emotional one at that. So I was unhooked from the trace and I remember now looking back on it , that the concern on the midwifes face was clear to see, why didn’t I pick up on that more. She asked me to make sure I came back in or phoned should anything else not feel right and then repeated it again. I look back and wonder if she knew something was really wrong but felt overshadowed by the doctors final say. Was she trying to warn me somehow?  I guess I will never know now .. and I left… I simply left the hospital and that night my baby girl was gone.

The shoulda, woulda, coulda’s will never leave my mind but the main one of all was how very different life would be if I never left that hospital that night. I should have trusted my instincts but I didn’t. I could have spoke up and made that doctor listen to me more, but I didn’t. Maybe then I would have brought my baby girl into the world alive but I couldn’t. I have been learning to live with that decision every day since.

For more information on your baby’s movements see the links below:

Part of the BritMums Network